Looking over Llafranc Beach, and with sea views, La Blanca is the new proposal from the Farrarons Family, with the produce as starring role. Following the culture of local market shopping started by La Blanca on the 30s, the gastronomic proposal is based on fresh, seasonal and local products. The offer is complemented by a careful selection of wines. 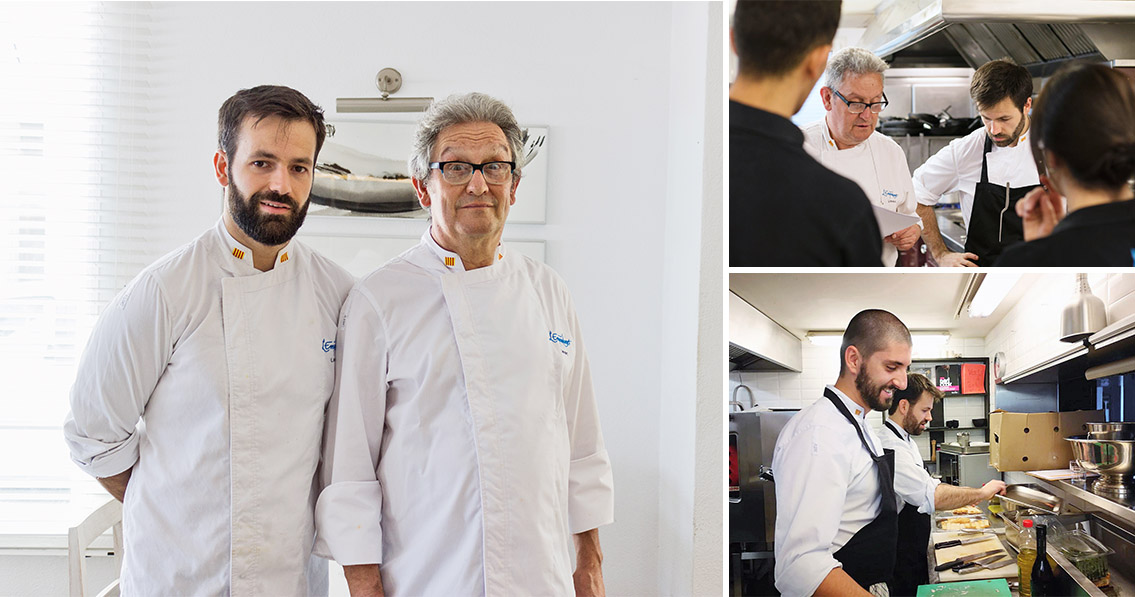 Born in lo viejo Donosti and grandson of fishermen, has grown among the good Basque cuisine. As a young man he went to study at the Cebanc, in his hometown, but when he meets an Empordà woman, he crosses the peninsula and makes a season in Sa Punta. In September he starts a stage at the Celler de Can Roca, where he finally stays for a year and a half as the starting point. Afterwards, an eleven-month trip through South America takes him to work for 5 months at the Ámaz, specialized in Amazonian cuisine, and he makes a stay at Casa Moreira, by Peruvian chef Gastón Acurio. On his return, he joined the Llevant, initiating this new project of La Blanca.

She has grown between the walls of the Llevant, since it is part of the fourth generation of the Farrarons family. Having been surrounded by people from all over the world and her great curiosity lead her to study Social Anthropology in Donosti, but she ends up studying a Master in Tourism Accommodation Management in Barcelona. He fulfills his dream and is going to travel through South America where he works in the hotel sector in Lima. On his return he joins this new stage of the Llevant.