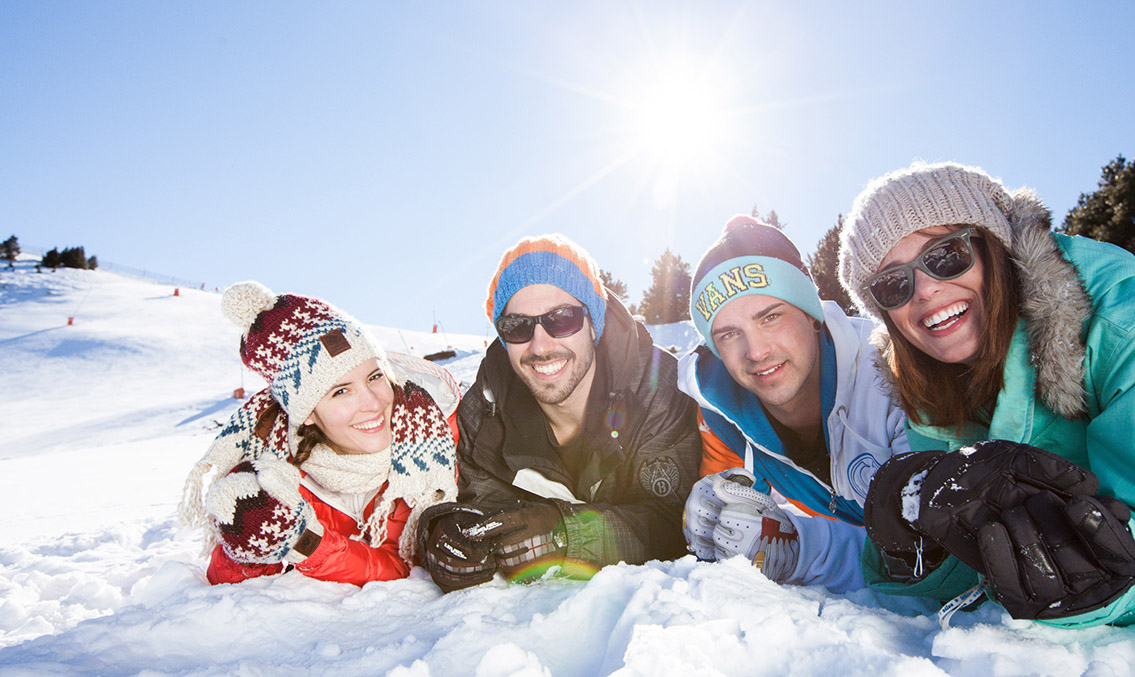 The Girona Pyrenees is the northeastern mountainous unit of the Iberian Peninsula and consist of Cerdanya, Ripolles, Garrotxa regions and a part of Alt Empordа.

It is an open space, with a mild climate due to its proximity to the sea, well connected to metropolitan areas and coast both land routes and areas, and a quality tourist offer thanks to the combination of a rich natural heritage, cultural and gastronomic adventure and a wide network of tourist services that.

Life in this high mountain area has three distinct time periods that determine its tourist rhythm. These are winter, with its five ski resorts at full capacity; autumn and spring, with landscapes and constantly changing spaces that let you enjoy the nature and taste seasonal delicacies; and summer with the possibility of practicing all kinds of outdoor activities and feel the unity with nature.

The destination offers accommodations that are concentrated around mountain resorts and in towns and villages where there are mostly small hotels, apartments, campsites and charming cottages that have a unique family atmosphere.

The Girona Pyrenees presents for a multitude of areas of natural interest to explore and discover in all seasons. It has five natural parks - Moixero, Volcanic Zone of the Garrotxa, and mouths of the Freser and the Ter rivers (since September 2015), Cape Creus and bogs of Empordа .There is also the Albera natural reserve. This space also includes the Cerdanya Valley, alpine valley with lots of sunshine in Europe and valleys of Camprodon and Ribes, among others.

It is an ideal place for visitors to experience new emotions linked to the observation of nature, the pursuit of peace, tranquility and well-being. You can enjoy author`s  massage “Gerunda Fuga”, practice different outdoor sports and leisure activities, such as ballooning, hiking, mountain biking or horseback, golf courses, paragliding, climbing, canyoning, etc. 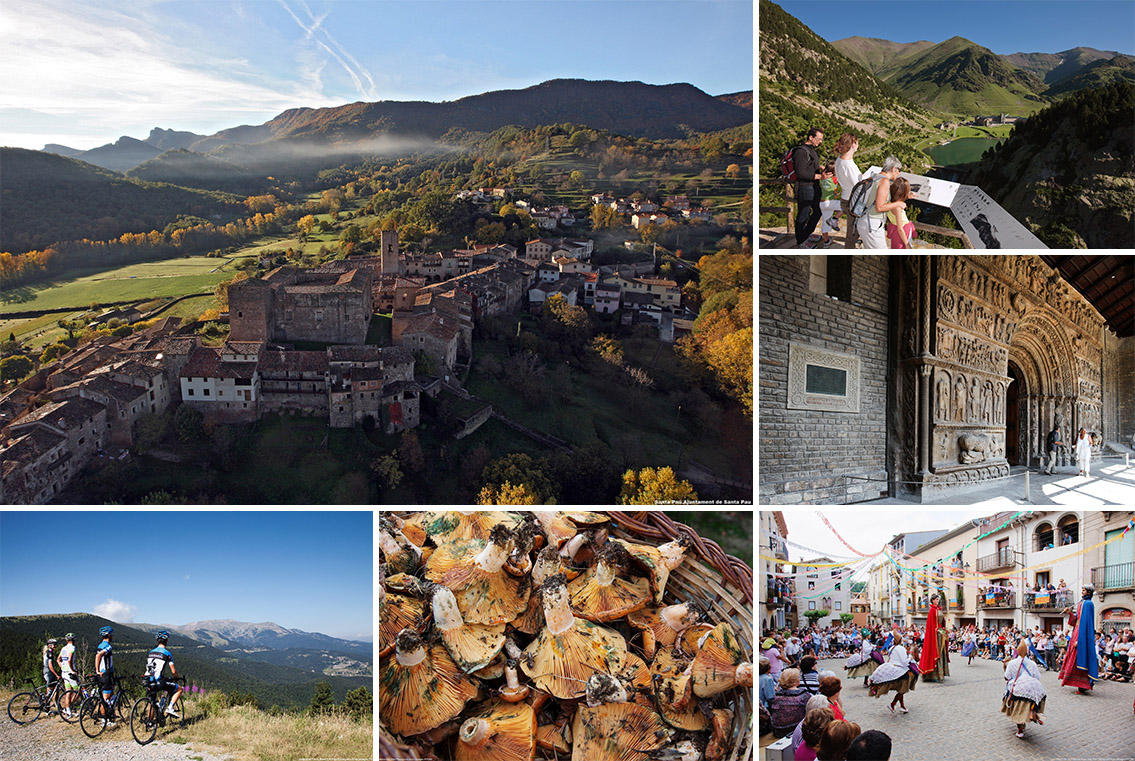 There are a lot of popular routs, such as the greenways of the Girona Pyrenees (Iron and Coal Route, 15 km, and the old railroad track from Olot to Girona, 54 km), cross-border cycling route “Pirinexus”, 351 km or a big network of itineraries, 2,500 km running through Ripolles, Garrotxa and Alt Empordа regions. It delights the visitors who are passionate about the sport combined with other motivations linked to cultural, natural and gastronomic aspects.

The cultural wealth of the municipalities of the Girona Pyrenees has a special attraction thanks to its history, rich heritage and well preserved. The Romanesque is omnipresent in every corner of its mountainous land. There is no difficulty to find castles, monasteries, abbeys, bridges, roads and even legends of prolific Middle Ages.  The territory has monumental jewels of great value, for example, the pharmacy in Cerdanya, the oldest in Europe (s. XV). There are also the Romanic doorway of Santa Maria de Ripoll monastery (nominated for World Heritage Site by Unesco), the church in Beget and the monastery of Sant Joan de les Abadesses. You can also visit Garrotxa region where there are medieval towns Santa Pau and Besalu. In Alt Empordа there are the archaeological site of Empuries in L'Escala, the monasteries of Sant Quirze de Colera and Sant Pere de Rodes and the Basilica of Sant Marti de Empuries. The numerous thematic museums, traditional festivals, historic reconstructions, legends and other impressive events are tourist attraction destination.

The kitchen and Pyrenean high mountain makes it a pleasure to sit at a table and taste dishes, both traditional and author`s cuisine, which are characterized by their large recipes and quality ingredients. Many distinguished with quality labels and protected by geographical indication (veal of the Catalan Pyrenees, cheese and butter of Cerdanya, ratafia, trinxat, oil or wine D.O. Empordа). So, gastronomy is another important element of ethnological heritage has recovered especially in recent years thanks to chefs, associations and groups of kitchen. They have collected traditional recipes and improved them to offer the visitors. The pride of the national gastronomical culture is popularized by thematic fairs and gastronomic events that can delight gourmets.

In 2015 the prestigious Michelin guide inner rewarded three restaurants: Les Cols, Fina Puigdevall in Olot, with two stars; Ca l'Enric, Isabel Juncà in La Vall de Bianya, with a star; and Fonda Xesc, Francesc Rovira, in Gombren, also with a star. In the maritime part of the Catalan Pyrenees, near  the natural park of Cabo de Creus, there are other two restaurants with Michelin stars, “Miramar” in Llançà and “Els Brancs” in Roses. 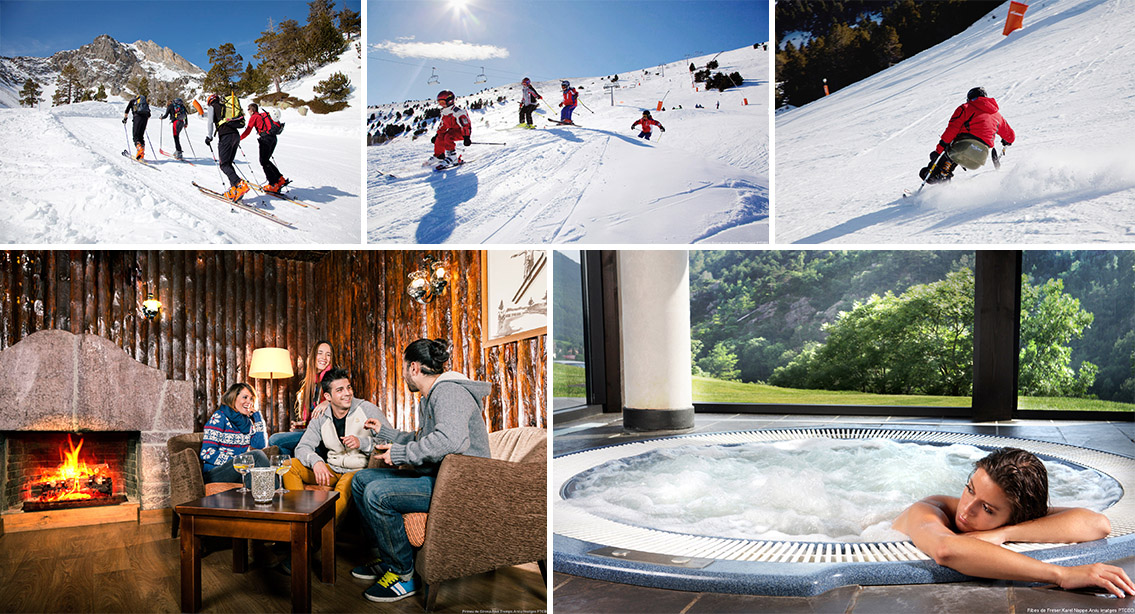 In the winter the offer revolves around five ski resorts, among them “Vallter 2000” and “Nuria Valley” in Ripolles and “La Molina”, “Masella” and “Guils Fontanera” in Cerdanya region, which offer great skiing area, with more than two hundred kilometers of tracks and first class facilities.

In the season of 2015-2016 all stations present facility improvements (access, lifts, equipment hire, expanding tracks and artificial snow cannons) and tourism services. The main station in “La Molina” has the new track for beginners and sleds “Coll Sise”, linking the tracks “Cuatro Caminos” and “ Pista Larga”, and an articulated sled train for 12 people.

The most familiar “Vall de Nuria” station, available only by rack railway, with the ski and mountain destinations, improves recreational park and tracks in general. “Vallter 2000”creates a new model of mountain resort offering a combined way "ascent with descent", skiing and mountain activities. “Guils Fontanera”, specializing in cross country skiing, takes actions on improving the slopes, in the Fontanera Shelter and renovates rental equipment.

Remember also that in 2014 the station “Masella” became the capital of the night mountain skiing in the Pyrenees launching 13 tracks and 10 km of tracks for its skiers. 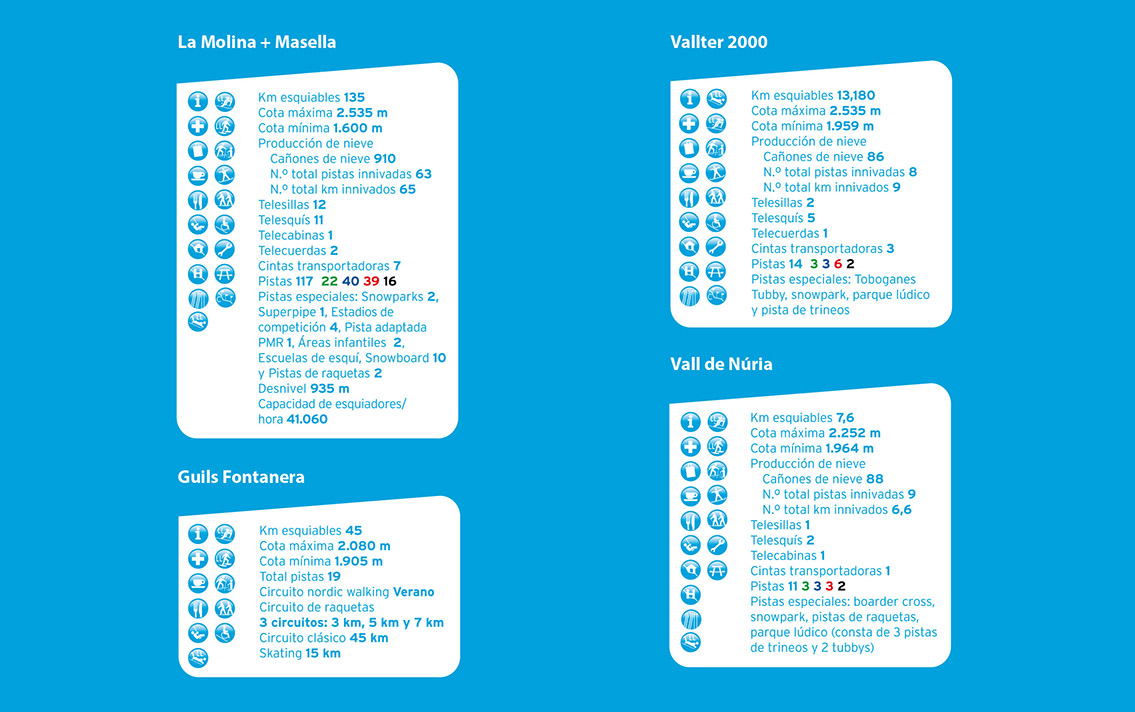 • Ceretanya Space (open in January, 2015).This museum space was built in the area of Iberoromanic site in Castellot which serves to publicize the evolution of Cerdanya from 18,000 years ago.
• “Itinerannia” network of trails of 2,500 kilometers between the regions of Ripolles, Garrotxa and Alt Empordа (tour package).
• Route “Monasteries Sierra” for hikers. This is circular route with the audioguide for exploring  the  Sierra Cavallera and monasteries in the area.
• Brochure "Be guided by Ripolles": more than 300 places and cultural activities scheduled.
• Garrotxa Cultour: 15 proposals to discover the cultural heritage of the region.
• Garrotxa Experiences: 15 tour packages to suit all tastes.
• Ecomuseum of the Vall d'en Bas (before the end of 2015).